I've started this Simplicity 3799 mostly because it says "easy-to-so". This is the third project I've started since I purchased my sewing machine at the end of May. I'll go back and post on the other two later.
I'm doing the dress and I cut a Medium. The pattern only includes M, L, XL, XXL. Maybe I should've attempted to grade it in and come up with a small size. We'll see. I'm worried it's going to end up looking like this on me: 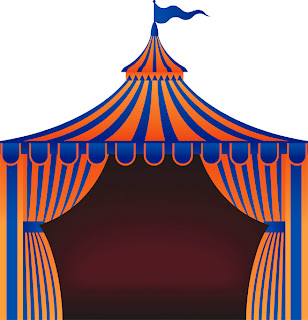 I've sewed up the side seams and figured out how to use my overlock foot, which i used to finish the edges inside the side seams and pressed them open. I did french seams on my first project, but since this looked like I might need to take it in, I thought the french seams might be more difficult to take in? Not sure. And i'm not making a muslin. this fabric was pretty cheap, so it could be a muslin, but i don't think i'll make this again afterward because I like my dresses to have a defined waist. i guess i could belt it. i don't really wear belts much. or I could add in a waist band or something, but then it would need a zipper. right now this is a pull over style. Here's the fabric: 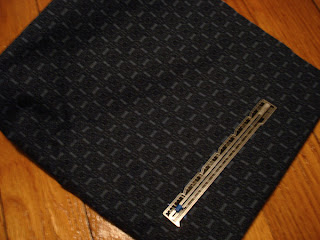 I've also finished the armholes. Not sure if I did it exactly right, but it works. Bias strips were made out of the fabric. 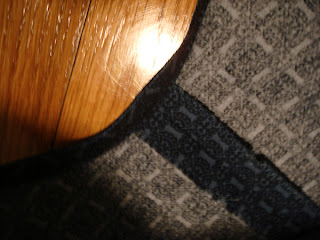 The neckband part is next, so i had to run back to the store to buy some fusible interfacing. So that will be up next. Although in the meantime I started ANOTHER project. I generally like to start something and finish it before starting something else. I never read 2 books at one time. But I will watch tv while eating dinner and also reading a magazine. Do you have more than 1 project going on?

(I've also tried to be more active in commenting on all of the blogs I read. You all have some very impressive work! Happy sewing!)

Posted by soisewedthis at 4:01 PM