wow. so, way back in september i mentioned that i had new fabric picked out for my second lady skater dress. in october i had it cut out and i think i had it finished sometime in november. and now it's... february. and i finally took some photos. this dress would've worked perfectly for "jungle january" or even for "ferocious february" except that i finished it last year... 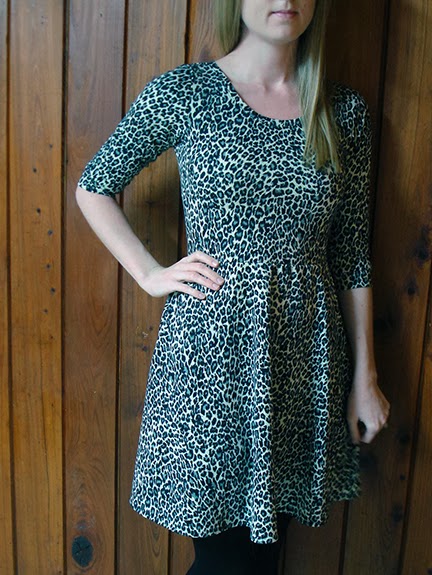 this is a leopard print ponte from fabric.com. in my blue lady skater the waist was too low, but now i think it's just slightly too high. i'll have to find a happy middle ground next time. i had to also go down a few sleeve sizes because of my tiny arms/lack of bi-ceps. but now this dress is a little too tight in the bust and i think i messed that up when i was trying to merge in the smaller sleeves. plus this ponte is not quite as stretchy. i found a link on pinterest for an FBA on knits so maybe i'll try that next time. 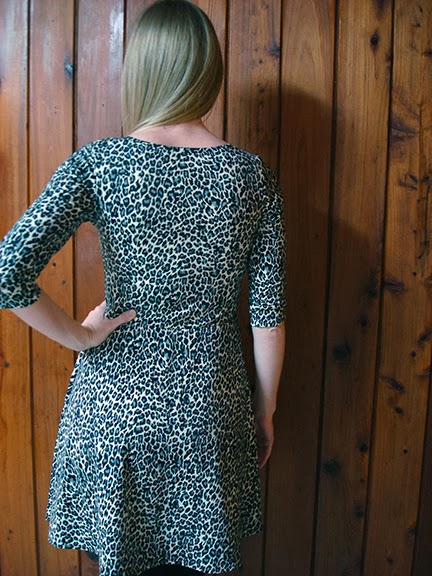 all in all i'm pretty happy with it. leopard print isn't usually something i gravitate toward, but i like this! and the colors are more cream, black, grey than it looks in these photos i think. 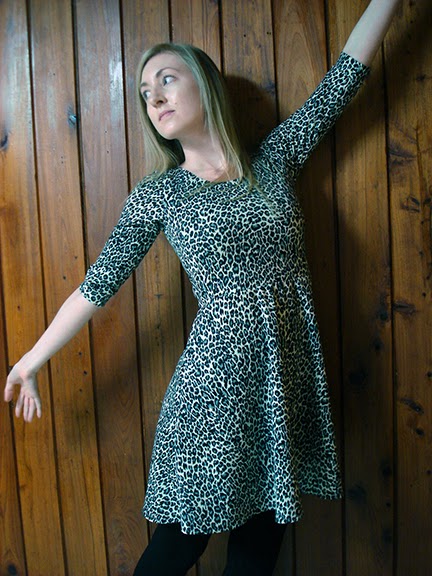 love a good knit dress! makes me do silly poses. i guess this is what i think an ice skater does? i already bought fabric for several more knit dresses, but i've been sidetracked by several other sewing projects: some volunteer sewing, mending/altering for a few friends, sewing a bunting banner for a friend's bridal shower. can't wait to get back to sewing for myself soon!
Posted by soisewedthis at 3:33 PM